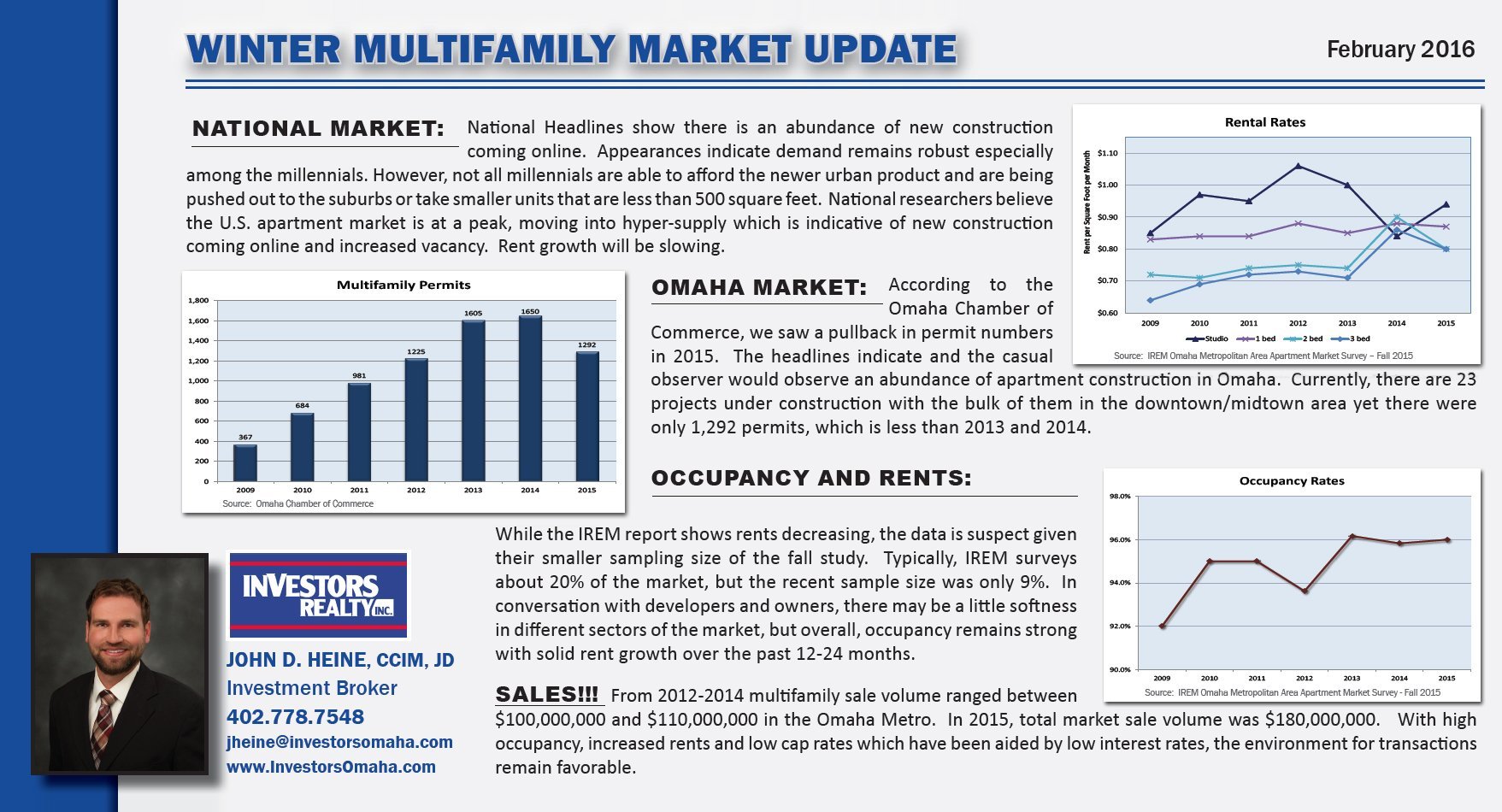 Report by John Heine, Investment Broker, CCIM, JD
You may download the full report as a .pdf here.

NATIONAL MARKET: National Headlines show there is an abundance of new construction coming online. Appearances indicate demand remains robust especially among the millennials. However, not all millennials are able to afford the newer urban product and are being pushed out to the suburbs or take smaller units that are less than 500 square feet. National researchers believe the U.S. apartment market is at a peak, moving into hyper-supply which is indicative of new construction coming online and increased vacancy. Rent growth will be slowing.

OMAHA MARKET: According to the Omaha Chamber of Commerce, we saw a pullback in permit numbers in 2015. The headlines indicate and the casual observer would observe an abundance of apartment construction in Omaha. Currently, there are 23 projects under construction with the bulk of them in the downtown/midtown area yet there were only 1,292 permits, which is less than 2013 and 2014.

OCCUPANCY AND RENTS: While the IREM report shows rents decreasing, the data is suspect given their smaller sampling size of the fall study. Typically, IREM surveys about 20% of the market, but the recent sample size was only 9%. In conversation with developers and owners, there may be a little softness in different sectors of the market, but overall, occupancy remains strong with solid rent growth over the past 12-24 months.