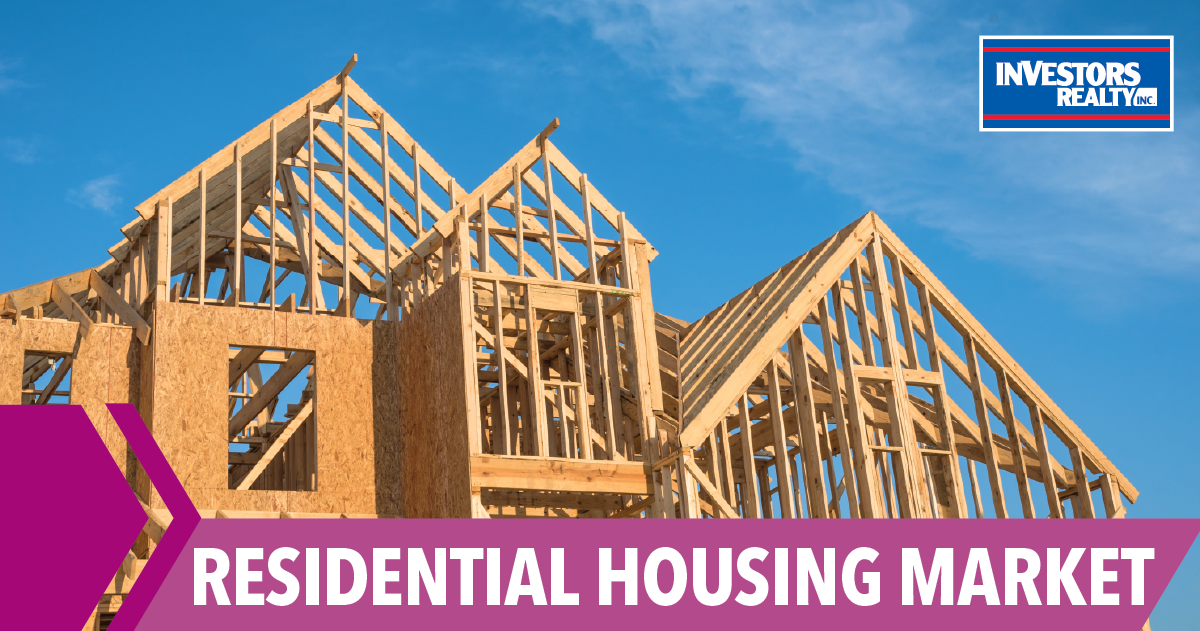 Over the past several years, the residential real estate market has faced many challenges resulting from the COVID-19 pandemic affecting our economy. When the pandemic started, demand for home sales waned as many buyers put their plans on hold. However, once the concerns eased, the government injection of capital took hold, and business surged, the imbalance between supply and demand along with rising development and construction costs drove home prices up significantly.

Average home sale prices in the Omaha metro area increased 60% from 2000 to 2020, or about 3% per year. However, according to Redfin, home prices in the metro area have increased nearly 16% from January 2021 to January 2022. According to the Case Shiller U.S. Home Price Index, Omaha trails the national average. Home sale prices nationally are up 19.2% over the same period, while housing inventories are down nearly 52% over pre-pandemic levels. The average new construction home price in the Omaha metro area has risen from $314,418 five years ago to $394,098 in 2021, an increase of 25%.

It seems there are several contributing factors to these increases. Supply chain shortages and delays have caused construction costs to soar and have slowed the timeline for builders to bring new houses to the market. In addition, the cost of raw land and lot development has also increased. Based on Investors Realty data, raw land costs for single-family developments are up approximately 35% over the past five years. In reviewing development fees to be collected by the City of Omaha from 2017 to 2020 (the last year we could make a direct comparison), Arterial Street Improvement (ASIP) fees increased 46%, Watershed Management fees increased 27.2% and Interceptor Sewer fees increased 24%. The higher land prices coupled with increases in fees and costs for street and utility construction have contributed to an estimated increase in lot costs of about 25% over the past five years. Just in the past few months, we have seen a rise in grading costs and other costs due to the sharp increase in the price of diesel fuel.

A local developer tells us that builders and developers are looking for ways to offset the increasing land and development costs. Reducing the building footprint and increasing the density are two solutions starting to become more prevalent. In the past, a developer typically developed an 80 or 160-acre parcel to provide for one style and price range of homes. Today, they are beginning to develop using a portion for traditional single-family detached homes and a section of attached single-family homes that can be sold or rented. This development structure allows for a higher number of homes and for the developer to reduce the land and development cost per unit.

According to a recent report from MarketGraphics Research Group, the current lot inventory in the Metro area, which includes Omaha, Lincoln, Council Bluffs and surrounding areas, is 13,531. MarketGraphics projects new housing starts at around 4,800 per year over the next five years. These numbers mean we have an approximately three-year supply of lots, lower than has typically been available. MarketGraphics notes that this may cause a shortage of developed residential lots in the near term. They predict the highest demand for lots in the western Douglas County and western Sarpy County areas (west and southwest Omaha).

According to Jason Thiellen, CEO/Planning Department Manager with E&A Consulting Group, we have seen housing densities actually drop from four lots per acre to 2.7 today due to increased governmental requirements such as storm sewer and environmental regulations. Platting and developing new lots used to take approximately 12 months from start to finish. The timeline now is 18 to 24 months.

What’s in store for the future of the housing market is a bit hard to predict. Some analysts think at least some areas where prices have risen the fastest such as Phoenix, Nevada, Florida and Texas, may be approaching a housing bubble. A burst of the bubble is not expected to be nearly as severe as the 2007-2009 crash, but nonetheless could be damaging. Costs in our area have not increased as much as in some of these higher-demand areas. With inflation and costs continuing to rise, mortgage rates on the rise, and the economy showing some signs of slowing, it would make sense that we may see some slowdown in home sales. There are some early reports that we are already seeing signs of slowing home sales nationally, and this trend is likely to continue.

The question then becomes: how steep is the decline? Some are expecting more of a leveling off, which will reduce the pressure on supply chains and bring housing supply and demand more into balance, thereby reducing the upward pressure on prices. This idea of a leveling off, rather than a sharp reduction, is supported by the nation’s record full employment. Even with a setback in the economy, unemployment is expected to remain in check, supporting the housing market.

This article appeared in our company newsletter in June of 2022. Please click here to download the entire newsletter.