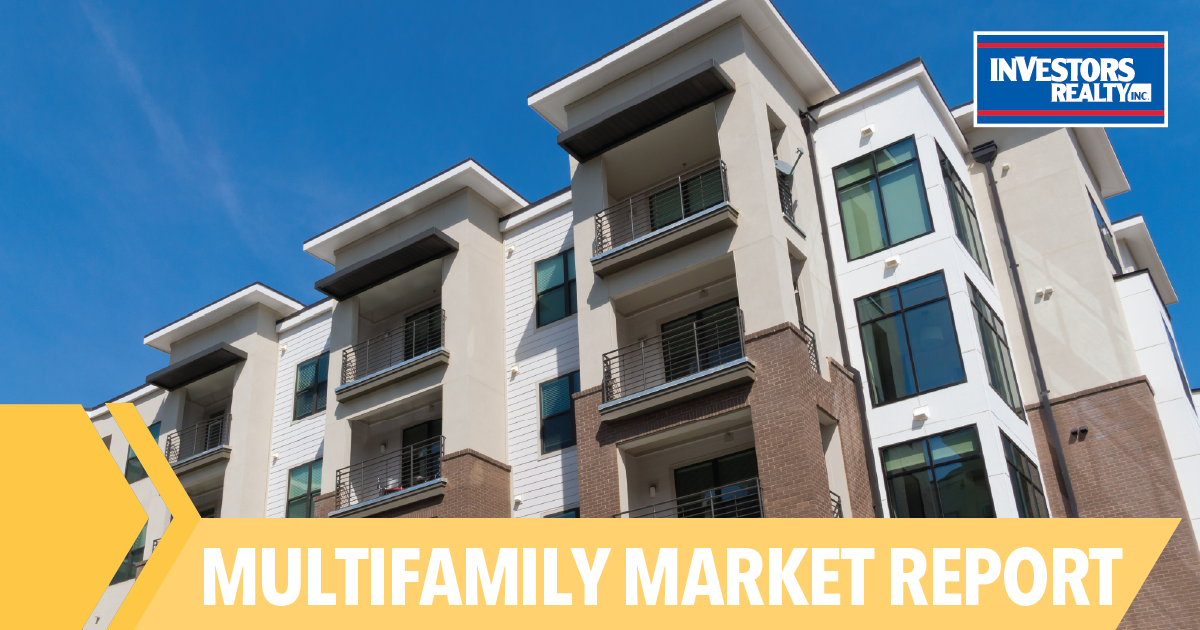 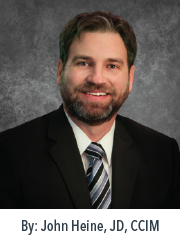 Prior to the COVID-19 pandemic, the multifamily market had benefited from a long ten-year run of strong rent growth, high occupancies and valuations that were continuously increasing. Six months into the pandemic, it is surprising the national market – and especially the Omaha market – has held up so well. However, much of its strength can be attributed to government intervention.

Nationally, roughly 40% of multifamily properties have reported higher vacancy, which means 60% have the same or lower vacancy. Not surprising, central business district (CBD) areas reported 50% of properties had higher vacancies. Larger markets with a lot of construction in CBDs like San Francisco, Austin, Nashville and San Jose are seeing rents drop by more than 5% in addition to providing more rent concessions. Smaller metropolitan areas in the Midwest, like Omaha, have been able to increase rents while collections have also been strong. According to CoStar, the Omaha Metropolitan area still maintains an overall vacancy of 6.1% with annual rent growth of 2.2% year over year. If new projects in the lease-up phase are removed, the vacancy rate is closer to 5%. The vacancy rate has not increased in comparison to 2019 and 2018.

According to the Omaha Chamber of Commerce, the Omaha Metro had 555 multifamily permits through the first five months of the year. Annualized, that equates to another 1,300 units, which can be added to over 2,200 units that are currently under construction and should deliver in 2020 and 2021. Developers have been producing good results as leasing and demand have been strong, capitalization rates have been low, and interest rates for stabilized properties continue to hit all time low levels. Between interest rates being below 3% for 25-year money and 10-year interest-only terms, borrowing money is extremely enticing.

Transaction volume has fallen to the lowest level since 2009, according to CoStar. Most of the decline is from national equity funds and REITs. Many institutional buyers have stated they are underwriting more downside risk, which is lowering the price they are comfortable paying, while sellers still want values from six months ago.

In addition to more stringent underwriting, it has been difficult for large institutional buyers to jump on a plane and tour a property. Local buyers have made up a higher percentage of acquisitions compared to recent years. Of the 17 sales that transacted in the first half of the year, down from 25 in the first half of 2019, all but two were less than $6 million in value and only three were to out of state buyers. That said, there are currently two large sales, over $30 million, that should transact in the third quarter.

The Labor Department reported on July 23 that nearly 32 million, or one in five American workers, are claiming unemployment benefits. Stimulus actions have included $600 per week for federal unemployment, the Paycheck Protection Program, eviction moratoriums keeping units occupied, and the Federal Reserve’s actions of: near zero federal funds rate, forward guidance of keeping low interest rates, massive amounts of security purchases (QE), relaxing regulatory requirements, or direct lending to banks, corporations, and state and municipal governments. It is clear the future of the multifamily industry will be momentously impacted by the government’s action in the months to come. Without these programs, the COVID-19 Eviction Defense Project estimates that 19 to 23 million people could be thrown out of their apartments by the end of September.

This article appeared in our company newsletter in September of 2020. Please click here to download the entire newsletter.