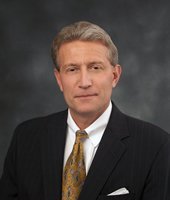 What’s bringing these investors to Omaha? It’s all about greater returns on their investments, Grummons says.

“They have to be driven here by the possibility of greater returns,” Grummons said. “If they can earn the same rate of return by purchasing property in New York City or Chicago, most investors would rather do that. But they can earn more return on their investments in a market the size of Omaha. They are seeking yield, and they are driven here by that.”

It helps, too, if these mid-size markets are strong ones. Here is where Omaha truly has an edge: The commercial real estate market in Omaha is strong today. And this is a trend that is showing few signs of lessening.

Numbers on the rise

The most recent Omaha research by Colliers International points to a market on the rise. As Colliers reports, office vacancies in the second quarter of 2014 fell 20 basis points to 11.7 percent, a strong figure in a commercial sector that is still lagging across most of the country. In fact, this vacancy rate is the lowest recorded quarterly office vacancy rate here in 12 years, according to Colliers.

Omaha’s retail market has been strong, too. The vacancy rate in this sector at the end of the second quarter of the year stood at 7.6 percent. This sector has now had a vacancy rate less than 8 percent for the past four quarters.

And industrial is truly thriving here. Colliers reports that in the first half of 2014, this sector saw nearly 1 million square feet of absorption. The vacancy rate at the end of the second quarter in this sector fell to a record low of 3.3 percent. That is the lowest industrial vacancy rate since Colliers has been recording quarterly statistics.

“We are an extremely healthy market,” Grummons said. “We are very stable. We have very low unemployment and a fantastic mix of employers. Our economy is not, as some think, 100 percent agriculture-based. We have Fortune 500 companies, insurance companies, back-office work, transportation and, of course, strong ag. There are a lot of tech companies here, too. We have that great mix of employers and a well-educated workforce. And another thing: We have a pro-business government here. That is a pretty big deal.”

Grummons today is fielding more calls from out-of-state investors than he did during the peak of the commercial market in 2006 and 2007.

Why all this activity now? Grummons says that low interest rates have made real estate a top choice for investors. Since the real estate markets crashed following 2007, the prices-per-square-foot for real estate have become more attractive to investors. These prices have climbed somewhat since the crash. But as Grummon said, they are still at low levels today.

Buyers from Georgia, Minnesota, California, Missouri and Washington D.C. have either worked recently with Grummons or have called him to explore potential investment opportunities in Omaha.

“The out-of-state buyers are spread from all over,” Grummons said. “But if you made me sit down and pick a top area, I’d say that the most out-of-state investors are coming from the East Coast and California.”

Chicago, too, is a top source of these out-of-state investors, Grummons said. This makes sense: Chicago investors understand the Midwest. But they are frustrated by the diminishing rate of returns in their home city. Omaha, then, becomes a logical destination for their investment dollars.

This isn’t to say that out-of-state investors, especially those used to bigger markets, don’t have some concerns when it comes to Omaha. Mostly, they worry about their exit strategies. Is Omaha a big-enough market so that they can find buyers quickly should they want or need to sell their investments?

Grummons says that the exit-strategy question is the most common one he fields from investors first exploring Omaha. But, as he says, Omaha is a strong enough market so that finding buyers isn’t an impossible task.

“Many of the investors want the New York and Chicago markets because of the exit strategy,” Grummons said. “There is an ease of exiting those markets. But the returns are so compressed right now in those big markets, the investors are forced into smaller markets like ours. If you have a 350,000-square-foot power center in New Jersey, you’ll have more potential buyers than in Omaha simply because New Jersey is such a bigger market. But you will have enough buyers here, and you’ll generate better returns while you hold the property. You are better off investing here. That’s why I’m seeing such an increase in activity. People are starting to realize just how good the returns are here.”