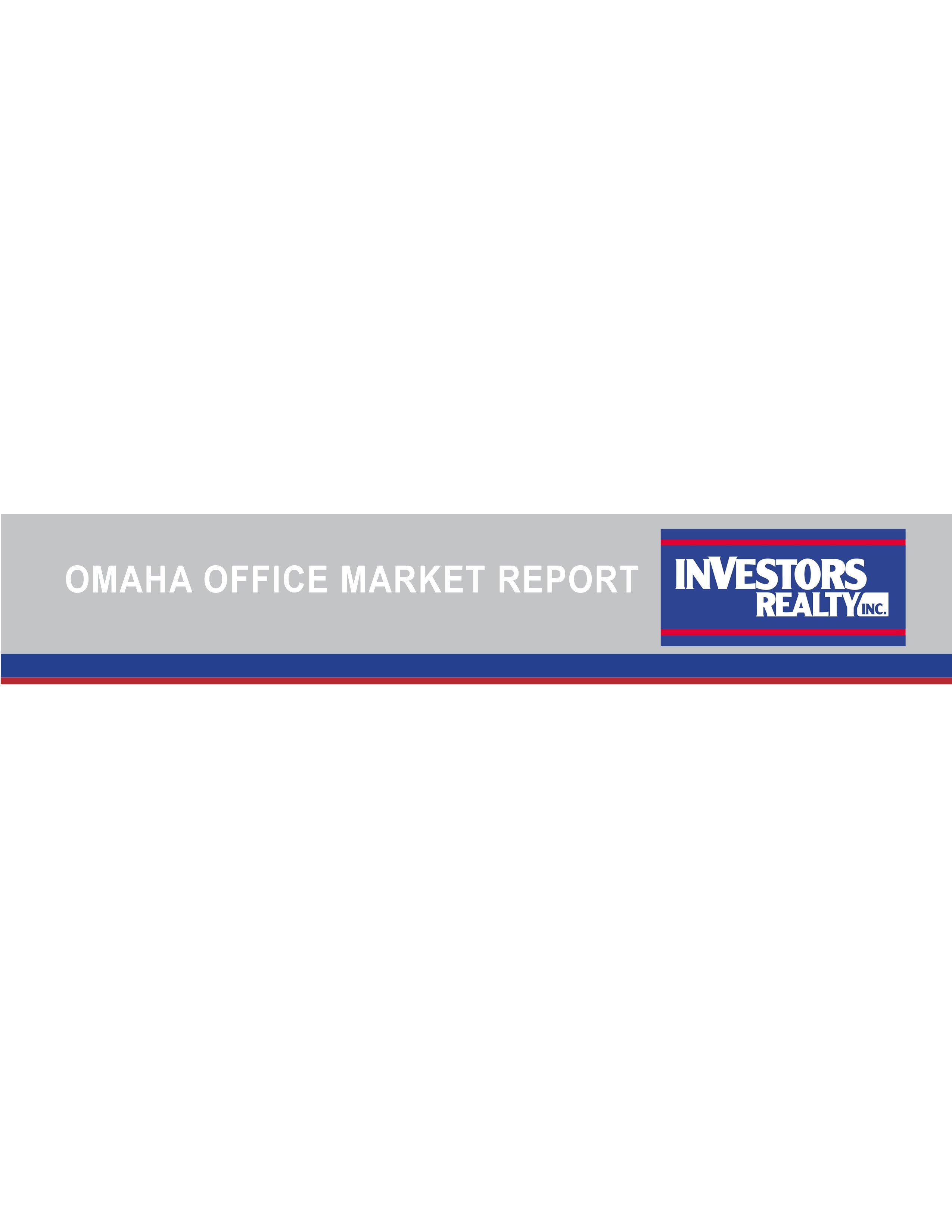 While we were paying attention to the uncertainties of last year, like the presidential elections, fiscal cliff drama and Superstorm Sandy on the east coast, the Omaha office market remained steady marked by some positive and some negative outcomes. The stability is evident in a relatively unchanged vacancy rate, growing from 13.7% to 13.9% over 2012, and by comments from industry stakeholders that activity is high. On the positive side, Omaha’s office market experienced positive absorption of 273,651 sq. ft., the overall market size increased, in part because of construction of the corporate headquarters of CSG and Northstar Financial, and the announcement of more than 340,000 sq. ft. of headquarters buildings for three Omaha businesses, and average asking rental rates across all classes increased by $0.17. On the negative side during 2012 there were 21 fewer transactions and the overall square footage leased declined 141,000 sq. ft. from 2011.

Tracking Omaha’s office occupancy/vacancy is conducted through Xceligent, a market database firm supported by Omaha’s commercial real estate industry.  The database tracks 421 non-owner occupied buildings, up from 418 buildings one year ago. Buildings are added as they are constructed and buildings are sometimes removed when such buildings are demolished or re-purposed. These 421 buildings total 20,550,667 sq. ft.

These conflicting results of dramatically greater absorption with dramatically fewer transactions and less overall space leased suggests the times of businesses “right sizing” or leaving the market are behind us. We think businesses are planning for future growth and leasing space based on those plans.

How Does Omaha Compare to Similar Markets

In an effort to put Omaha’s results in perspective it might be helpful to look at five Midwestern markets of similar size.  Milwaukee, Tulsa and Oklahoma City all boast slightly larger office markets and Des Moines and Little Rock have markets just smaller than Omaha.

A quick looks indicates relative health of the Omaha market as it is positioned in the middle of the pack in its geography, total size, and in most vacancy measures.  But while the data indicates Omaha is faring better than average in every measure except Class C vacancy rates, where its 23.1% vacancy rate is worse than all but Tulsa’s 24.2% rate, Omaha’s lead has slipped in the last year.  Only Omaha and Des Moines saw an overall increase in vacancy rates in the last year, 20 basis points and 120 basis points, respectively, while the average of the six markets decreased 20 basis points.  These are not dramatic figures but they could be cause for alarm if the trend continues.

As mentioned above, Omaha’s large Class C vacancy rate is substantial.  At 23.1%, Omaha’s rate is nearly 4 basis points higher than the average and is 2.5 times greater than Des Moines’ rate.  On a positive note, we know that this rate has been shrinking steadily mostly because downtown Class C buildings have created opportunity for residential redevelopment.  Good news is also found in Omaha’s Class A and B class properties, where nearly 17 million sq. ft. of Omaha’s 20.5 million sq. ft. office market lies.  At 5.3%, Omaha’s Class A vacancy rate is better than all but Oklahoma City’s the Class B rates are manageable.

Comparing these six markets confirms what we stated on the first page of this Market Report, that Omaha’s market can probably best be described as stable with some good news and elements of concern.