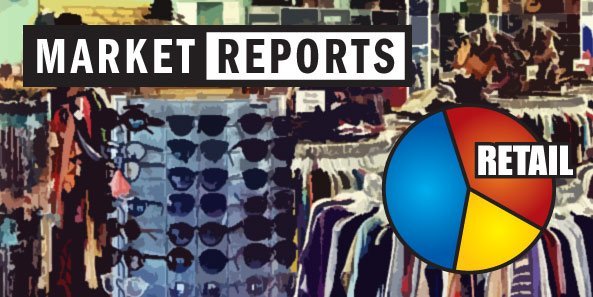 Walmart on 50th and Ames, Sam’s Club on 72nd and Cornhusker and Michaels on 72nd and Hwy 370 have led the way as the largest new retail additions.

Small shops absorbed only 60,000 square feet during the past 18 months. New development by major retailers is alive and well, but small shop leasing has been somewhat lackluster. Even surrounding communities like Gretna are seeing a number of new land purchases along Highway 6 and some new retail small shop developments, possibly linked to the very low vacancy rate of existing retail along the highway, and the better-than-expected success of the Nebraska Crossing mall in Gretna.

With 97 percent of the of 800,000 square feet of last year’s new construction already occupied, it is evident there is a healthy demand. In addition, a number of new construction projects are going up for owner-occupied and pre-leased buildings.

The exception is in anchored Class A retail, which is regularly securing rates upwards of $30.00 per square foot NNN; almost double that of unanchored Class B retail. In the past, these are rates were more common in mall settings.

With the recent groundbreaking for The Capitol District at 10th and Capitol, Omaha’s interest in infill projects continues to flourish with 100,000 square feet of new retail and entertainment space coming online over the next few years.

The Capitol District’s arrival will continue to fan the flames for the influx of new development in downtown Omaha, and we hope it will spark another wave of investment around it. All over Omaha the pipeline for new development is filling in, and developers across town are moving forward where opportunity exists. Despite many developers’ past desires to pre-lease buildings, we are finally seeing the return of speculative construction in the market, not seen since 2007.
Some planned new construction projects of note:
• Three new neighborhood strip centers of between 10,000 and 12,000 square feet near 180th and Q in southwest Omaha
• The announcement of about 35,000-square-feet of class A retail at Southport West near Cabela’s
• The addition of 12,600-square-feet of class A retail in front of the newly announced Sam’s Club on 72nd and Cornhusker.

The slow—but gradual—trend of a recovery continues, but it has not yet reached the heights of the last decade.

According to the Kiplinger Letter, the shift to online shopping is accelerating.

The U.S. government estimates the share of retail sales transacted online at 6.2 percent, triple the rate of a decade ago. Other studies estimate retail sales at 10 percent or higher.