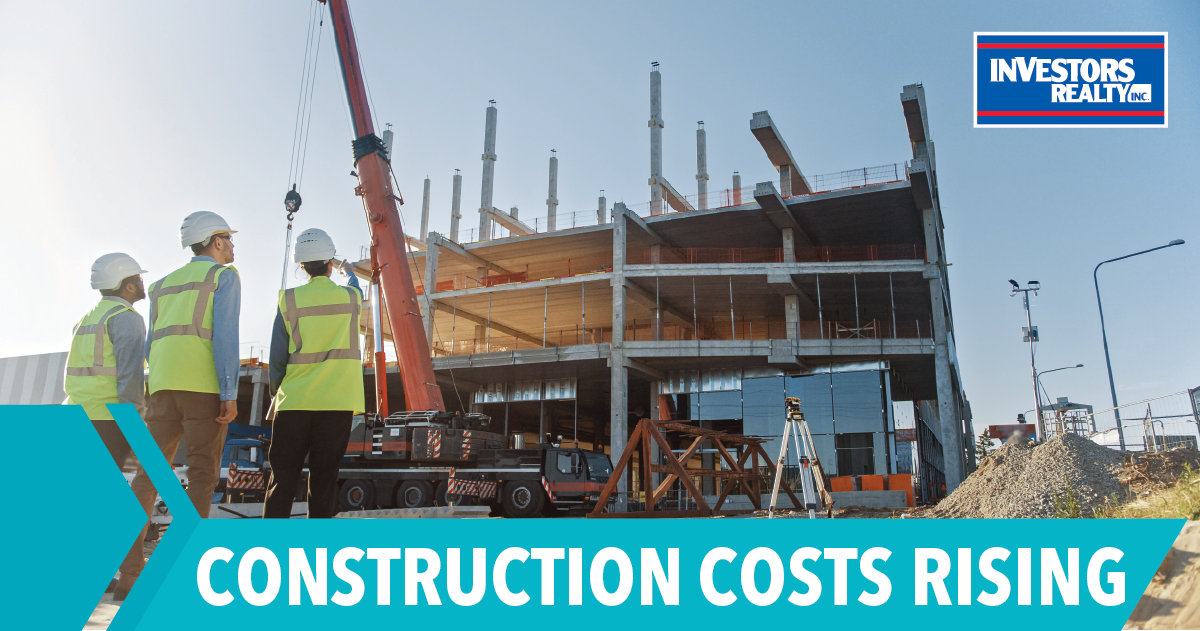 We have all been hearing about inflation ticking up and construction materials, especially wood products, becoming quite expensive. Unless you are a commercial developer or builder, you may not realize how things have changed on the commercial side of the industry. Wood products are up drastically. According to Joel Russell, president of Millard Lumber, prices for some lumber products rose by nearly 600% over the past year. Joel indicates that prices have dropped somewhat for now, but are still approximately 200% higher than pre-pandemic levels. However, costs and supplies for plywood and OSB board have not and likely will not go down in the near term. The glues and resins used to produce these products are also in short supply. Joel believes we will continue to see volatility in lumber prices for the balance of 2021 and much of 2022, and even then it is hard to imagine prices dropping back to pre-pandemic levels. According to Robert Krause with KSI Construction, until the price of plywood and OSB board drop, costs for commercial construction will remain high. These products are used extensively for backing in walls, decking for floors and in roofs.

Other key elements used more in commercial construction than residential are steel products, decking, bar joists, columns and beams. Steel costs are not only way up, but the delivery time has gone from three months to six to eight months out. These materials are in high demand locally and nationally, with large construction projects like distribution centers for Amazon all over the country – including locations in Omaha and Council Bluffs – various data centers, and other projects all vying for a limited supply of these steel products. Prices for concrete and pre-cast concrete materials are also on the rise.

Robert referenced several projects he has worked on with clients that were shelved due to the high cost of materials. Overall, commercial construction costs have risen approximately 25% to 30% in the past two years. While the price of certain components has increased dramatically, others have remained more constant, which is keeping the total cost from skyrocketing even higher. Unfortunately, rents and business revenues have not kept pace. So, unless someone is a user and can justify the costs, Robert believes we will see a slowdown in new commercial construction projects coming out of the ground in the third and fourth quarters of 2021 until there is some re-balance among supply, demand and rents. We know of several multifamily and commercial projects that have already been put on hold due to the high construction costs.

The current situation has some contractors, developers and architects looking at alternative designs to reduce costs. Robert mentioned one smaller office project where he found a Colorado company that sells one-off decking materials and other steel products. With a slight redesign, he could use their decking at a lower cost and receive it more quickly than new materials currently available through other providers. This change allowed the owner to move forward with a project which was likely to be delayed.

What is causing this increase in costs? According to several contractors and suppliers we talked to, it appears the increase started with slowdowns due to the COVID-19 pandemic. Production slowed due to the pandemic as well as reduced demand through the third and fourth quarters of 2020. As demand has rapidly increased, probably more than expected, the various manufacturers and suppliers of these products have not been able to bring production up to meet it. This is partially due to the need to catch up with much higher demand as well as a tight labor market, making it slow to return to full production as quickly as needed. There also may be some caution on the part of these providers that they do not overcorrect. Remember, these producers are enjoying strong margins. They do not want to bring production to peak only to find the economy and demand slow and be left with production facilities and labor sitting idle. They experienced this back in the late 2000s as we entered the “great recession,” which followed a period of high demand.

This article appeared in our company newsletter in October of 2021. Please click here to download the entire newsletter.