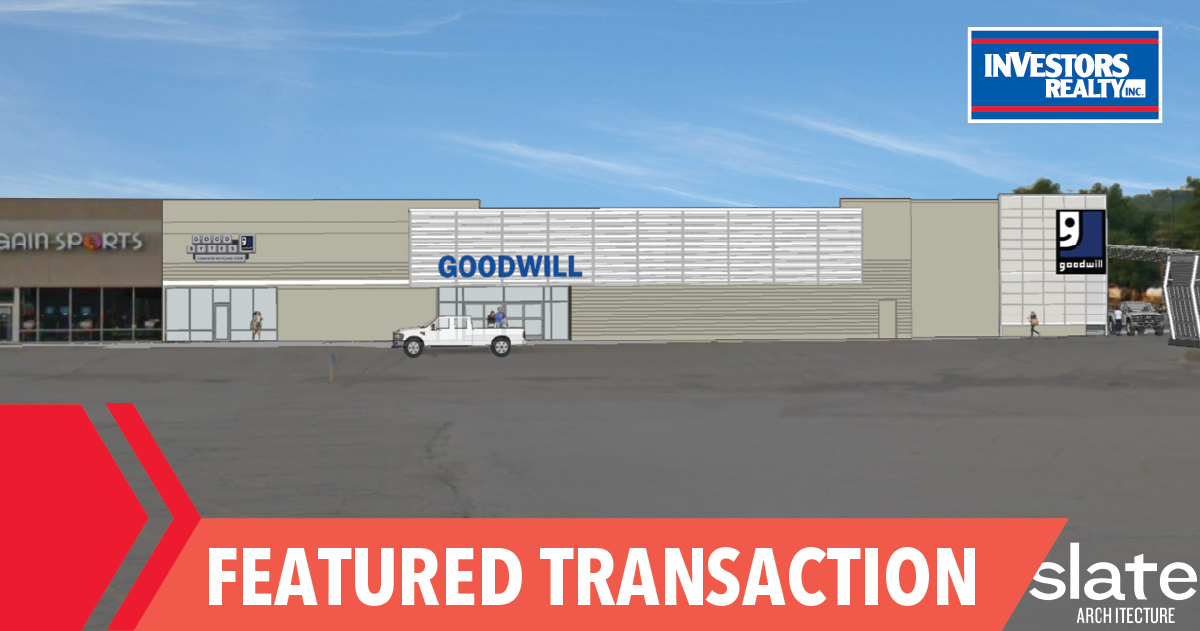 Goodwill Industries’ smallest and most profitable store is currently located at 84th and Spring Street. The store’s lease is coming up for renewal in the fall of 2020, so Goodwill wanted to find another location in the area with more space as well as a loading dock. Investors Realty has represented Goodwill for a number of years, so Goodwill contacted Jeanette Weber to assist in relocating this store. Jeanette knew that the former Canfield’s space just west of 84th and Center Street was available for lease, but is much larger than what Goodwill had set out to acquire. Also, in its desire to be fiscally responsible, Goodwill wanted to purchase rather than lease. The owner of the Canfield’s building had no interest in selling, but after some time on the market realized the size and configuration of the space was not appealing to many users. After some internal discussions, the Goodwill team determined they could make use of the extra space as a primary collection and distribution facility to serve their other stores in the metro area, and there were actually many benefits in reorganizing distribution to this central location. After some discussions with the owner’s agent, they all came to realize that having a Goodwill Superstore would draw traffic beneficial to the rest of the retail center. So, discussions to sell off that portion of the property began.

After some due diligence, it became clear that selling off a portion of the shopping center had its challenges. It would require a replatting and rezoning, covenants and easements for access and maintenance, potential change of addresses, potential loss of an access point to Center Street and waivers from the Zoning Board of Appeals to make it all work. After Jeanette and the Goodwill team worked through their options, they determined that a 99-year ground lease would accomplish the same result with far fewer challenges. The transaction was completed in December, and the new Goodwill Superstore will open this May.