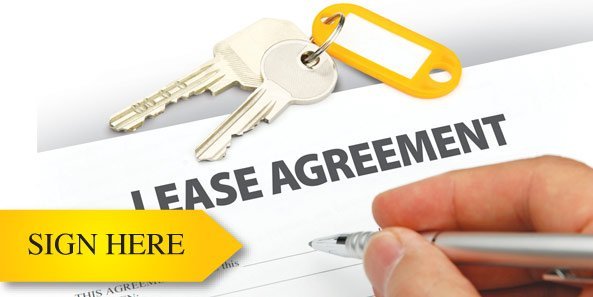 Fewer vacancies exist in the Omaha office market than at any time since 2001, underlining the continued recovery of the local economy.

The office vacancy rate of about 12 percent outperforms the national average of nearly 17 percent.

“We’re on the way up,” said Eric Renner of World Group Commercial Real Estate in Omaha.

Even with the rosy second- quarter vacancy reading, most brokers on a local commercial real estate advisory panel said they weren’t ready to declare that Omaha had fully recovered from the depths of the Great Recession — when the overall office vacancy rate in 2009 was, depending on which brokerage firm’s numbers one uses, between 17 percent and 19 percent.

National figures released Thursday showed that the U.S. economy in the second quarter of the year expanded only moderately, logging 2.3 percent growth from April to June. But the U.S. Commerce Department also issued revised figures for the first quarter of the year, showing that the economy actually inched ahead instead of contracting, as it originally reported.

Most economists expect U.S. growth to accelerate into the last half of the year, especially if the economy follows a pattern similar to the path it’s been on for the past few years.

In Omaha, before they declare total victory over the recession, real estate brokers are waiting to see whether investors and developers launch more speculative office construction — that is, space built without first having a secured an anchor tenant.

A dark spot they mention: The local vacancy rate for lower-tier office buildings without as many amenities remains in the double digits, as opposed to Class A’s 5 percent. But even that segment of the market, dubbed Class B and C office space, has started to break out of a leasing lull, the industry professionals said.

“Conditions in the Omaha office market remain vibrant and activity is expected to be steady and positive over the next 12 months,” said Barry Zoob of Colliers International.

As the year rolls out, commercial real estate brokers said they expect even fewer “For Rent” signs in office windows, especially as several major employers seek big chunks of workspace. They wouldn’t name the employers.

The downward trend in vacancies, along with a list of new or soon-to-be constructed office structures in the metro area, signals steady job expansion and economic growth, said the experts who specialize in the office market. Another sign of a recovering market: Asking rents are ticking higher, brokers said.

T.J. Twit of the Lund Co. said more high-end office space is coming to market. That is the space that’s most sought by well-performing, new-to-town major employers.

“New projects are popping up all over town,” he said.

Tetrad Property Group, for example, is building its new headquarters project in Aksarben Village. The 70,000-square-foot Class A office project includes about 36,000 square feet of speculative space for lease. A 47,000-square-foot office building, with the Advent intellectual property law firm as its anchor, is under construction in the Village Pointe area and has room for other tenants.

Among other projects is HDR’s. The engineering and architectural firm announced earlier this summer a new downtown site for its global headquarters, which is expected to rise up to 20 stories.

Office-market highlights from the second quarter, as compiled by local brokerages and Xceligent, which tracks real estate trends:

» The net amount of office space leased during the second quarter (nearly 89,000 square feet) outpaced each of the last three quarters was less than the same time period in 2014.

» Class A office space continued to be the front-runner in occupancy, with a vacancy rate of 5 percent. Class B had vacancy of 14 percent, followed by Class C with about 19 percent. Nationally, real estate tracker REIS reports the average vacancy rate to be 16.6 percent.

» So far this year, Class B and Class C structures have had more leasing activity than their Class A counterparts. While partly the result of the scarcity of Class A office space, David Barton of CB Richard Ellis/MEGA said that was a promising development given that Class B inventory drives a substantial part of the market.

New Class A office space has been leasing fast, in some cases. Slated to open in October, Tagge Rutherford’s new home base at 158th Street and West Dodge Road is about two-thirds full, and negotiations are underway with a tenant that would fill it, Raynor said.

Brokerage firms define the local office market inventory as buildings with more than 20,000 square feet, excluding medical and government offices and not counting buildings 100 percent occupied by their owner.

Among notable office market transactions this past quarter:

» Fidelity National Title’s move out of Aksarben Village and into North Park business park. Moving to or expanding in Aksarben Village were Olsson Associates, Waitt Brands and Right at Home.