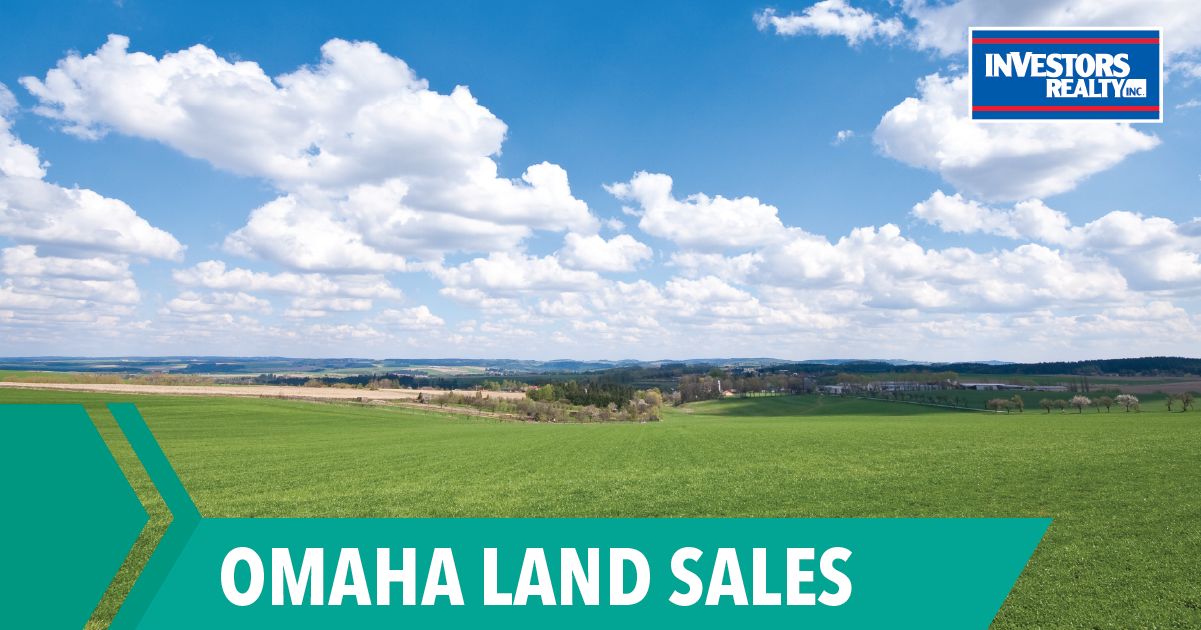 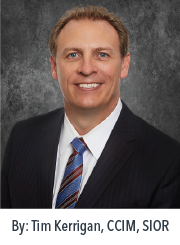 2019 saw several significant land transactions and good volume, but the pace has cooled substantially from 2017 and 2018. Investors Realty tracked 70 commercial land transactions in Greater Omaha in 2019 (excluding single-family lots) comprising 1,190 acres and $125.6 million in total value. Notable among the sales were 80 acres for a single-family neighborhood at 199th and Giles Road, a 70-acre industrial park at 13th and Locust Street and 21 acres for a multifamily complex at 205th and Blue Sage Parkway (Pacific).

These transactions include Retail, Office, Industrial, Multifamily, larger parcels to be developed for Single-Family and other non-traditional uses. It is difficult to look at all of these categories and draw overall conclusions other than the general trend in commercial land sales, which generally leads to new construction. Looking at each category separately can provide more meaningful insight as to what is happening in each sector.

Retail land sales include retail and service properties which are typically restaurants, car washes, gyms, daycares, banks and other similar uses. This category experienced the lowest number of transactions and total value since 2013. There was a peak in 2017 that was over twice the number of acres and values from the several years prior or since. This peak was due in part to four larger transactions that year, which included the Heartwood Preserve property (Boys Town), and two auto dealership parks. The lower numbers in 2019 are also likely a reflection of the challenges the retail sector has experienced over the past couple years adapting to the ever-growing ecommerce revolution.

Industrial land sales in 2019 were the lowest since 2014, but have been fairly constant over the past four years. While the industrial sector has experienced relatively strong activity nationally, the volume of land sales and new construction has been steady but moderate locally.

Office land sales have remained fairly constant and stable since 2014. However, the sales value jumped in 2019, primarily as a result of three sales: Carson Wealth Group and Valmont Industries at Heartwood Preserve and Children’s Hospital & Medical Center’s office lot purchase in Village Pointe. As of January 1, 2020, there were over 1.5 million square feet of office under construction, which is more than we have seen in years. This new space has or will create other available space inventory as businesses vacate existing facilities and move into these new buildings. This, along with the slowdown caused by COVID-19, will likely cause new office land sales to be limited in 2020 and probably in 2021 as well.

There were five Multifamily land sales in 2019, with a total value of $10.1 million. Over the past six years there have been 50 multifamily sales, 25 of which were urban and 25 suburban. Prices for the urban sales averaged $37.55 per square foot in 2019, which is a dramatic increase over the past several years. The 2019 suburban transactions averaged $3.71 per square foot, which is down from 2017 and 2018, but generally up somewhat over a multiyear view. Over the past five years, land prices and development/construction costs have increased so much that an apartment development is now a significantly more expensive undertaking. Unfortunately, rents have not grown enough for many projects to be financially viable. There are several sites which developers have purchased but have paused building until the economic climate improves. With a large supply of units in process and delivering in 2020 and 2021, we do not expect to see strong multifamily land sales in the near future.

The category that showed the biggest drop off was land being developed for single-family. 2019 saw only four sales totaling 209 acres, compared to sales of approximately 1000 acres in each of the previous three years. The limited activity in 2019 reflects the large supply created over the past few years resulting in an overall cautious attitude by developers and fiscal agents. Prices for these raw land parcels have also climbed over the past few years and, consequently, it is more challenging to make the numbers work. The single-family land transactions averaged $41,296 per acre in 2019, which is 38% more than 2018, and more than in any of the past six years.

After the Great Recession (2009-2013), we saw land sales at a much slower pace as inventories in all sectors and markets recovered and supply and demand balanced out.

While the volume in 2019 was down, we did see activity in each sector of the market and the average prices are generally increasing. With the relatively small size of the market and variables that affect land prices, it is a little difficult to compare pricing as a whole and from year to year. However, land prices have definitely been on the upward trend since about 2013, and have never been higher in any sector. A lot of transactions occurred from 2016 to 2018, and a great deal of demand was satisfied.

2020 started out strong. However, as this article is being written we are in the midst of the COVID-19 crisis, making any prediction difficult. We believe there is likely going to be some fall off in activity for 2020, but hopefully, as the economy returns to more normal market conditions, we would expect volumes and prices to maintain a steady pace. We think prices will continue to be strong for 2020 as land prices take some time to reflect a changing market. There is an old adage that “land prices don’t decrease, it just stops selling,” and we find that is the case more often than not.

Investors Realty has focused on land development and land sales since its inception and still leads the market with our activity in the land market. In 2019, IRI was involved in 36% of the 70 land sales completed.

This article appeared in our company newsletter in June of 2020. Please click here to download the entire newsletter.