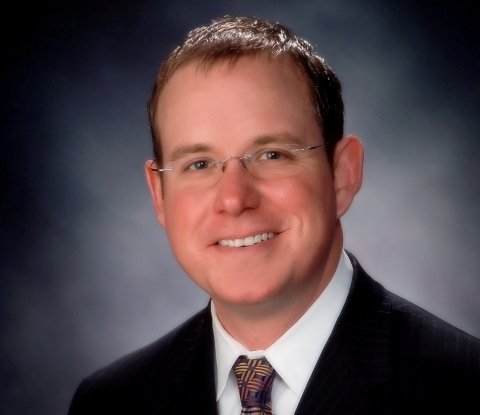 When Ryan Zabrowski talks about selling commercial real estate in Omaha, he uses the word “blessed.”

As in, he and the other CRE professionals in this Midwest city are blessed to be selling and leasing office space, industrial centers and multi-family properties in Omaha.

Why? Omaha has long ranked as one of the strongest commercial real estate markets in the Midwest. Sure, it suffered through a slowdown during the days of the recession. But its slowdown wasn’t as severe as the ones through which other markets had to fight.

Today, Omaha is busy, with the city’s industrial and multi-family markets especially strong. And Zabrowski, with Omaha-based Investors Realty, says that he doesn’t see a slowdown hitting the city any time soon.

“This is just a really strong market today,” Zabrowski said. “We’ve added jobs. The housing market remains strong. Unemployment is low. We continue to see growth. We’re all just fortunate to be working in this market. There are a lot of good things going on in Omaha today.”

Not an isolated opinion

Zabrowski’s positive review of his home city isn’t rare. The CRE pros working this market agree that Omaha is in the middle of a steady period of growth, with developers taking on new projects and companies expanding to this city.

A good example of the activity in Omaha today is Aksarben Village. This mixed-use project in the heart of Omaha features apartment residences, a cinema, plenty of restaurants and shops and an extensive system of trails and green spaces on the site of a former racetrack.

It’s also a prime destination for developers today, said Ed Fleming, senior vice president with the Omaha office of Colliers International. Fleming says that there are eight buildings now under construction either in Aksarben Village or directly next to it. This includes Pacific Life’s new five-story, 125,000-square-foot office tower; a Hampton Inn hotel; a senior living community; and another strip center that will feature a Starbucks and Jersey Mike’s sandwich shop.

At the same time, the University of Nebraska Omaha is developing the UNO Community Arena just south of Askarben Village.

This is a lot of activity for a city the size of Omaha.

“I’ve always thought of the Aksarben Village site as being highly active,” Fleming said. “But then when you actually start to list all the projects going on there, and you put the numbers next to it, it is a bit surprising. Oh, yeah, there really is a lot going on here.”

What makes this site so special? The mix of hospitality, entertainment — anchored by the cinema — residences, restaurants and shops has been a strong one, Fleming says. The entertainment and shopping has attracted a steady stream of consumers to the development. This, in turn, has encouraged even more commercial real estate development at the site.

And because Aksarben Village was once home to the city’s Aksarben racetrack, there was already a strong infrastructure system at the site. It already featured ingress and egress along major arteries and easy access to Interstate-80, all of which sped development at the site.

“You bring all this together, and you have that live/work/play environment that you want,” Fleming said. “There’s the cinema, the Gold’s gym, the pizza place, the park across the street. They’re all located right next to each other. That’s become the entertainment anchor of the development. There’s a 24/7 feel to Aksarben Village. It’s not just an office park. You have people living there. You have people at the restaurants and bars. There are concerts in the park. It’s just been a really well-conceived development.”

And Aksarben Village isn’t the only hot spot in the city. The area around 180th and West Dodge Road is booming, too. Fleming says that there are now six projects under construction in this slice of the city.

This includes the third phase of the Broadmoor Hills multi-family complex, a phase that will bring 190 new apartment units to this part of the city; the Advent Building, a 47,000-square-foot headquarters building for Omaha law firm Advent; the Madonna Rehabilitation Hospital, a 200,000-square-foot medical building with 110 beds and a cost of $93 million; and the Shoppes of West Village Pointe, a 26,000-square-foot retail development expected to deliver in the summer of 2015.

“We are lucky here,” Fleming said. “Our developers have always been rather conservative. They don’t overbuild. When a recession does come, we’re never hurt as much as some other markets. We don’t have the peaks, but we don’t have the valleys, either.”

“Our conservative landlords, who have been around the market, they understand what it takes to succeed here. They don’t rush into development. They don’t over-saturate the market,” Zabrowski said. “When the market began turning around here, these well-heeled developers were ready to take on a bit of risk. That has really paid off for the city.”

Amy Lawrenson, an attorney with the Omaha-based law firm of Baird Holm, says that she’s been impressed with the city’s fortunes during this booming period of development.

The development in and around the city has not been haphazard, she says. It’s included several public/private partnerships, and the development that has occurred has been planned well. It’s resulted in a rebirth of downtown Omaha and the measured spread of development to the neighborhoods and communities that branch out from the heart of the city.

“In the last 10 or 11 years, I have noticed that the city is really getting its act together as an organized unit,” Lawrenson said. “Everyone is working together to promote the city as a whole. You are seeing a lot of remarkable development in the city today.”

The addition of entertainment, dining and shops has been especially important to the fortunes of Omaha, Lawrenson said. It’s helped to keep people in the Omaha area after they graduate from one of the universities here.

Lawrenson should know. She’s remained in the city, too, thanks to the bright future she sees here.

Lawrenson points to a typical week in Omaha as an example of why she’s never thought of leaving the city for a bigger metropolis. She attended a Bob Seger concert on a Sunday night at the Pinnacle Bank Arena in Lincoln, Nebraska, a short drive from Omaha. Later in the week, she attended the NCAA’s March Madness college basketball tournament at the CenturyLink Center in Omaha. Friends came to the city to watch the games with here, and Lawrenson was able to bring them to top restaurants and plenty of night-life spots throughout the city.

“In the last three to four years, Omaha has seen a striking improvement in the restaurant space,” Lawrenson said. “There have been so many new restaurants that have opened here. That’s been a positive for the city. It’s done a lot to attract people to the heart of Omaha.”