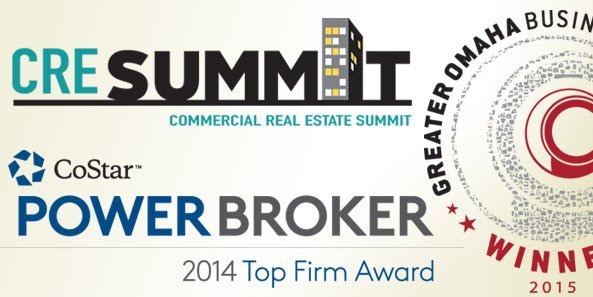 Investors Realty was proud to receive a 2015 Excellence Award from the Greater Omaha Chamber of Commerce. This award is given to companies and individuals who dedicate themselves to excellence and help make Greater Omaha a vibrant place to do business, work and live.

Steve Farrell and Jerry Heinrichs were inducted into the 2015 Hall of Fame class at the Commercial Real Estate Summit in April.

Tim Kerrigan and J.P. Raynor received the Deal of the Year award at the Summit for their work in representing Pacific Life Insurance Company on the development of Pacific Life’s $33 million 125,000 square foot office
building in Aksarben Village.

This article appeared in our quarterly newsletter from June of 2015. The full newsletter is available at http://files.investorsomaha.com/download/online_newsletter_6-2015.pdf