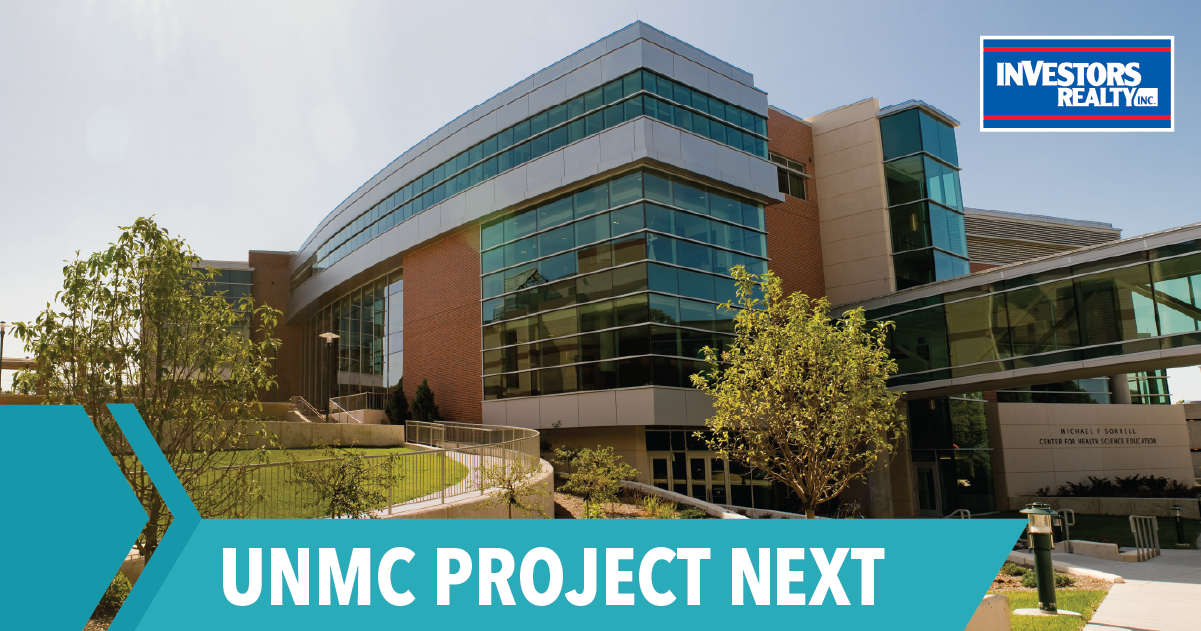 Last May, Omaha was selected by the U.S. government as one of five regional sites tasked with developing a federal program to bolster the nation’s disaster response capacity. Project NExT, led by the University of Nebraska Medical Center and Nebraska Medicine, will be transformational for healthcare locally and nationally, expanding the Omaha campus by one-third. It will improve the readiness of the American health system to respond to a catastrophic disaster, another pandemic, accident or overt attack.

Project NExT is a public-private partnership involving the Departments of Defense, Health and Human Services, Veterans Affairs, Homeland Security and State, including various agencies within those Departments. Project NExT will improve education, expand research, provide additional clinical care, improve operational efficiency and provide various services to the federal agencies and departments involved. The program will expand federal medical surge capacity and improve the National Disaster Medical System. It will also make UNMC a joint medical facility for civilians and the military in preparation for a pandemic or natural disaster.

UNMC is planning to add new buildings to its campus at 42nd and Dewey St. Plans are still in process, but the new building is expected to be well over one million sq. ft. Demolition and site work are already underway. The building will be completed in stages, with the initial phase scheduled to open in 2025. UNMC will complete the final phases over the following five years. UNMC currently occupies 12.8 million sq. ft. Project NExT, together with other planned related and affiliated academic and clinical additions, will bring that total to an estimated 16.1 million sq. ft. by 2028. UNMC, Nebraska Medicine and its affiliates accounted for a $6.4 billion economic impact in 2021. That impact is projected to grow to $8.3 billion by 2028. Combined, UNMC and Nebraska Medicine are Nebraska’s largest employer.

The total cost of Project NExT is estimated to be nearly $3.1 billion. The project is funded by the federal government, State of Nebraska and City of Omaha, as well as private philanthropic and corporate contributions.

UNMC is already recognized as one of the leading hospital programs in the country, and UNMC experts are recognized internationally in infectious diseases, biopreparedness and emergency management. Due to its proven track record, the UNMC campus will act as the coordinating center for all five regional pilot program sites.

Locally, Project NExT will help UNMC better serve patients and visitors, recruit students and faculty, create thousands of new jobs in midtown Omaha and replace aging buildings and infrastructure. We are already seeing growth and transformation in midtown neighborhoods catalyzed by prior expansions of UNMC programs. However, Project NExT will accelerate activity in midtown many times over as more housing, services, amenities, and transportation are needed to serve an influx of new employees as this historic, transformational project takes shape.

This article appeared in our company newsletter in June of 2022. Please click here to download the entire newsletter.