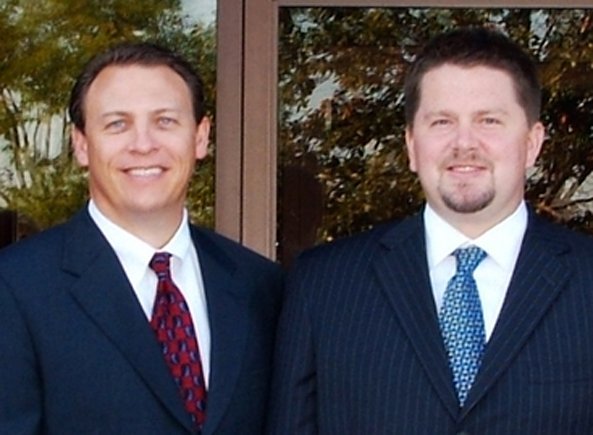 They are familiar Nebraska companies expanding business operations on their home turf. They include Fortune 500 Union Pacific Railroad and the sprawling West Corp. Also in the bunch are younger yet on-the-move companies such as Five Nines Technology Group and Medical Solutions staffing firm. These and other Nebraska-rooted companies dominated leasing activity so far this year in the Omaha metropolitan area office market, according to the latest reports from local brokers and Xceligent, a national firm that tracks real estate trends. The growth burst is a reflection, economists and real estate experts say, of a more confident and thriving business climate locally and nationally, as many of the firms serve audiences beyond the metro area.

“The days of companies downsizing are mostly behind us,” said J.P. Raynor of Investors Realty. Raynor described as unusual the way local companies this year monopolized office activity. He and colleague Timothy Kerrigan, in their midyear report, noted the lack of out-of-state firms moving to town. “The only cause for pause,” the brokers wrote, “may be that companies new to Omaha are basically nonexistent from the list of transactions completed so far in 2014.” Overall, though, they and others see a healthy and recovering office market — an indicator of job growth and spending that keeps a city moving forward.

» Since peaking in 2009 during the Great Recession at 17 percent, the vacancy rate in the Omaha metro office market of 21 million square feet dropped this past quarter to 11.7 percent, its lowest point in more than 12 years. Nationally, vacancy is 16.8 percent, says Reis Inc., a real estate research firm.

» Construction of several major projects launched, including a 125,000-square-foot midtown office building whose primary tenant will be Pacific Life, and a $205 million entertainment district downtown that will offer some office space.

» The Omaha area in the first half of this year had about 285,000 square feet of positive absorption, which means that much more office space was leased than vacated. At that pace, the year could end with a net gain twice the average of the past 10 years, Colliers International said in its recent report.

Boosting absorption were a few extraordinary transactions that had been long in planning stages. Gordmans, Omaha’s homegrown apparel and home decor retailer, in late March began its move to a new 70,000-square-foot headquarters at Aksarben Village. Tenaska in April moved into its nearly 87,500-square-foot building at the First National Bank Business Park in west Omaha. Economist Eric Thompson, who directs the University of Nebraska-Lincoln Bureau of Business Research, said such property upgrades are a sign that corporate leaders expect the economic recovery to continue. The local activity supports findings of his monthly surveys in which Nebraskans were fairly optimistic about the economy, and Omahans were even more positive. “Businesses are getting more comfortable in making investments, including moving forward in terms of new space,” Thompson said. “It’s been a while.”

The lack of big new or out-of-state firms choosing Omaha as home, Thompson said, could be attributed in part to Omaha no longer being one of just a handful of places where the economy is still robust. “There may have been a time when companies looking to expand were focusing more on Nebraska and Omaha than they might have normally,” he said. “As the rest of the U.S. economy, thankfully, has started to recover more robustly, there are a lot more options.”

Barry Zoob of Colliers International said he hears other reasons, including Omaha’s limited workforce pool due in part to a low unemployment rate, and better tax incentive packages in other states. Still, he noted that three or four out-of-state companies currently are touring and considering Omaha because of attributes that include the local quality of life for families. The growing University of Nebraska Medical Center campus and under-construction cancer research center, Zoob said, is an asset that “definitely is going to move the needle in the office market.” Driving this year’s leasing activity were company moves into big chunks of Class A building space, including Medical Solutions, the national health care staffing firm founded in Omaha, which is preparing to take the entire top floor of the Westroads IV building at 1010 N. 102nd St. The 36,652-square-foot open area, designed in bright colors and with a game room and kitchen, is about 10,000 square feet larger than the Omaha building it is leaving. Craig Meier, president, said he expects to hire up to 50 more Omaha staffers over the next couple of years. The company now has about 140 people in Omaha and 50 more in three other states. That’s not counting more than 1,000 health care professionals the firm matches with employers.

Medical Solutions puts the Westroads IV, which opened last year at Westroads Office Park, at 80 percent full, said Dale Scott of CB Richard Ellis/Mega. “It seems like there are more tenants in the market, landlord concessions are getting smaller,” said Scott. “Everyone at our place is absolutely running; we’re busy.” Other Westroads IV newcomers: WebEquity Solutions, an Omaha-grown company recently bought by New York’s Moody’s Corp., added 10,500 square feet to 22,000 it already had there; EMC Corp. moved from a previous Omaha site into 9,000 square feet; and South Dakota-based TSP Inc. took about 3,500 square feet, relocating from a different Omaha structure to a more state-of-the-art environment.

T.J. Twit of the Lund Co. said he’s seeing an uptick in expansions by small and midsize companies, which he refers to as the engine of the economy. Two Lincoln-based firms, both launched in 2006, are among the fastest-growing: Hudl, a Web-based sports video company, just opened an 8,000-square-foot Omaha office in the Old Market; and Five Nines just relocated its Omaha staff to a 7,700-square-foot spot at 116th Street and West Center Road, more than doubling its Omaha presence. Five Nines co-founder Nick Bock said the firm, a provider of IT and consulting services to small and medium companies in Lincoln and Omaha, foresees 70 percent of its growth in Omaha over the next three years. Five Nines has 85 employees, 25 of them in Omaha. It envisions adding up to 50 more over the next three years. Also expanding this past June into a nearly 12,000-square-foot space 60 percent larger than its previous Omaha site was Travelex Insurance Services, an Omaha-based subsidiary of Travelex.  While Travelex Insurance, formed in 1996, has no connection currently to Mutual of Omaha, it grew out of a Mutual company called Tele-Trip. Today, Travelex is one of the largest travel insurance providers in the country, said President Mike Ambrose. Its workforce has expanded from about 50 employees a few years ago to about 80 — 70 of whom work at the Omaha office near 90th Street and West Dodge Road. Ambrose expects 10 to 15 percent growth during the next couple of years.

» The Class A vacancy rate has dropped to 3.8 percent, which World Group Commercial Real Estate’s Eric Renner said is close to a “locked-up market” that is stifling to big business growth. He said that should be alleviated, however, with planned construction projects that include three suburban office parks (Sterling Ridge, West Dodge Pointe and Fountain West) in various stages of development.

» Older Class B and C Omaha buildings, as a whole, are struggling, said Zoob. He noted that the combined Class B and C vacancy rate is about 15 percent — the same as early 2010, which is viewed as the beginning of the economic recovery.

» The second quarter included 21 lease transactions of more than 2,000 square feet, which is below the average 24 transactions over the last 12 quarters. Renner said that lag could be a result of users increasing space efficiency of current worksites, thus allowing more hires without a move to a bigger place.

» The best-performing submarkets this past quarter were the suburban West Dodge corridor and the Miracle Hills area, with vacancy rates of 5.8 percent and 7.4 percent, respectively.

» Downtown reported an 8.4 percent vacancy, buoyed by Union Pacific’s expansion into nearly 45,000 square feet at the Central Park Plaza. That off-site location is helping to house 100 new hires each year for a growing IT department, a railroad spokeswoman said.

» Improving is the midtown submarket, which saw its vacancy rate drop to 8.5 percent — due in part to West Corp. adding 17,656 square feet to the 100,000 square feet it already leases at Plaza of the Americas near 72nd Street and Mercy Road. Spokesman David Pleiss said the added space allowed for better organization of citywide teams and will accommodate more employees that West plans to hire.